In the last 20 years, independent microbreweries have popped up throughout the United States from Portland, Oregon to Brooklyn, New York.   With the same revolutionary spirit, independent brewers are looking to stake their claim in the coveted American beer market. 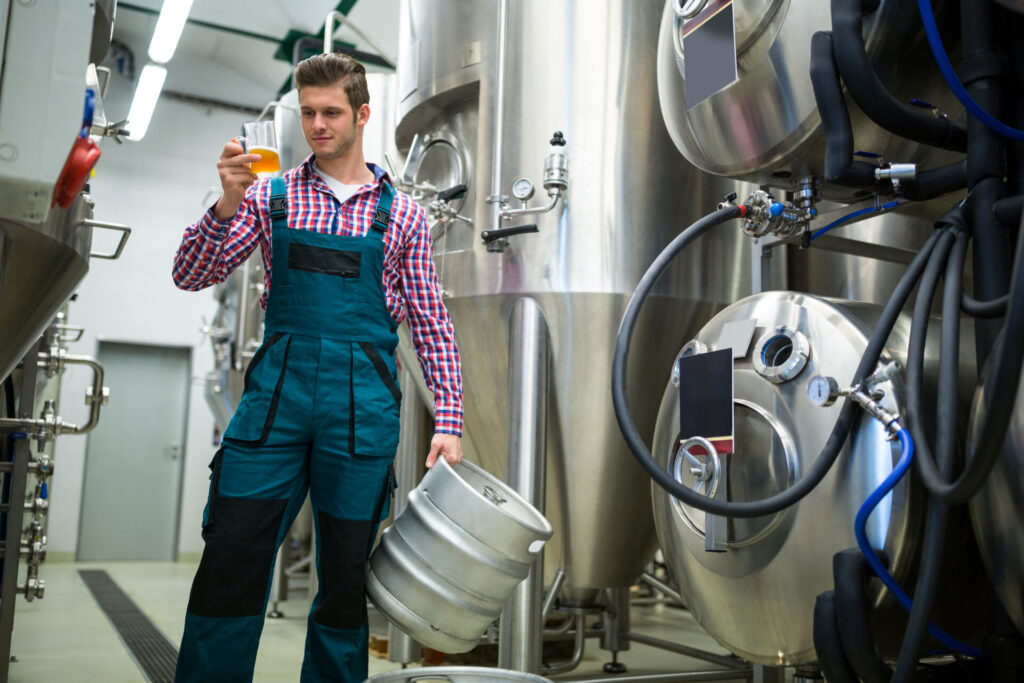 According to the National Beer Wholesalers Association, Anheuser-Busch commands the bulk of the market share at 40.8%, almost doubling its nearest competitor, MillerCoors, LLC, at 23.5%, but both have lost significant market share in the last decade:  Anheuser-Bush losing 8% and MillerCoors losing 6%.

The data suggests that industry and consumer tastes have changed.  In the past 20 years, spirit consumption has risen 10% while wine consumption fluctuates.   Additional data support that small domestic breweries (along with other imports) have grown over 11% in market share.  Whatever the context, the facts remain, there is a significant shift in the industry, and entrepreneurs are seizing the moment.

There is something to be said about the flavor and taste of the beer of industry leaders:  It’s consistent.  Whether enjoying a beer in New York City, Scottsdale, Aspen, Houston, or on vacation in Florida, consumers are getting the consistency that smaller brewers are often challenged to maintain.

Of course, the hops and barley, and all the other natural resources that go into brewing play a role in flavor but one resource that is often overlooked:  air.

How is compressed air used in a brewery? Since beer doesn’t have a mind of its own, how does that frothy goodness get into the bottle?   Clean, dry compressed air is utilized to move beer from storage to bottle.  After the liquid is delivered, the air is used to clean the lines.  While this is not uniform in all beer applications, some brewers elect to use this method as a safe way to transfer liquid.  Additionally, the bottles and cans are manufactured using high-pressure air.

An air compressor is also used to “air rinse” cans and bottles before they’re filled, removing unwanted particles and moisture.

Understanding the need for oil-free air is essential when you’re choosing the design of your compressed air system.  While it is legal to use oil-flooded compressors in the beer manufacturing process,  industry experts recommend using oil-free due to the nuances associated with food-grade oil.

Food grade oil is more expensive and requires more maintenance while having less operational life than synthetic oil.  If your compressor operates in a particularly hot environment,  the life in between maintenance intervals is shortened.  The whole process of brewing requires tons of heat, and since folks are paying per square foot, space for equipment is at a premium.  Between heating and brewing equipment, the air compressor is often an afterthought, so it is essential to have some foresight when planning your system out.

Because recipes for beer are strictly followed to maintain continuity in taste and color, any introduction of any foreign particle affects the flavor of the beer.  Brewers can mitigate this with different degrees of filtration, but again, it increases operating costs and numbering your points of potential failure in the process.   If not maintained, line filters can present significant pressure loss, increasing energy consumption to overcome pressure drop.  It is also possible that a neglected filter fails, allowing particles of not-so-delicious oil into carefully artisan-crafted brews.

When designing a manufacturing system, efficiency equals profitability.  The capital expenditures of oil-free air systems are significantly higher. However, the air operating costs plummet while increasing your bottom line.

Compressed air is not just for bottling and moving beer from point a to b.  In the fermenting process, aeration plays a crucial role in establishing oxygen in yeast cultures.  Again, this is a process in which brewers need the cleanest, driest air available.

Other uses for air include overall cleaning, although, when looking to remove dust or moisture on equipment or bottling products, it is strongly recommended to use a blower.  It is expensive to build pressure to 125psi or above. One of the best ways to run up an electric bill is to misuse air.  Use a blower when possible, and save cost on production.

When building the compressed air system for your brewery, there are many things to consider.  The scale and scope of each brewery is unique.  What might work for smaller brewhouses may be impractical for up-and-coming market share contenders.  Some breweries use air to actuate valves, while others use air to move crucial ingredients throughout the plant.

The most important thing to consider is how to use air efficiently to produce the best beer at the best value.  If you’re starting or you’re looking to improve your already established process, it is vital to enlist a compressed air specialist for advice.